How Much Damage Can A Gopher Do To Your Home?

Gophers are rodents that are famed for their intense burrowing activity. This burrowing activity makes them one of the most annoying rodent pests to deal with. They cause massive damage to plantations and homes through their tireless underground activity, damaging the roots of crops and the foundation of houses. 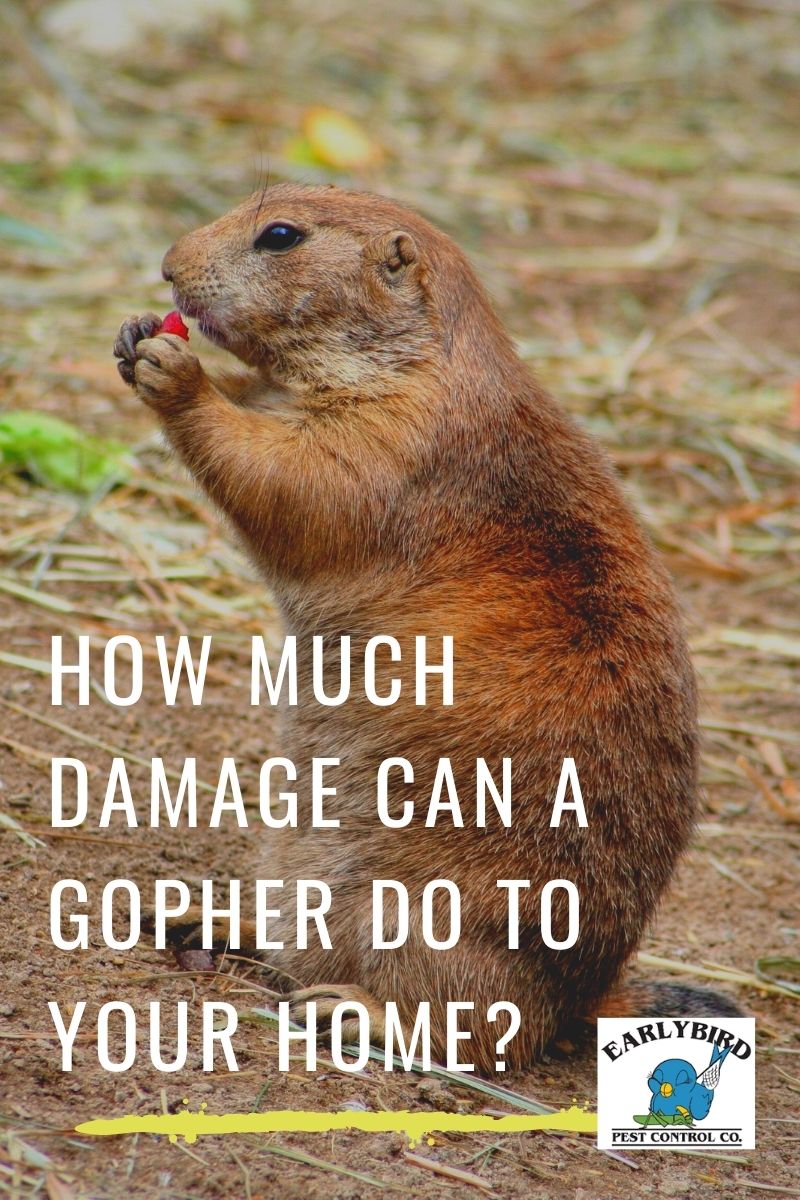 A gopher is easy to identify as they have large cheeks pouches, large incisors, and flat stomach area. These happen to be their most distinct features. They have small eyes and a short and tail that they use to find their way when they walk backward. They are mostly brown, almost the same color as the soil in which they live. They have a life span of one to five years, with five years being their maximum lifespan.

Gophers typically live in tunnels that they spend a lot of time to dig. These tunnels have an incredible network to their food and water source, making it very rare to see them above the ground, especially during the day. Only one gopher can be found in a particular burrow except during the mating seasons, where you will find a female and a male in a burrow or a female gopher and her newborns. The male gopher is usually larger than the females and weighs more.

GOPHERS AND THE HOME

Gophers are highly destructive rodents, and when they are in a house, it is not difficult to become aware of their presence, as the damages they cause will be very evident—Gophers damage homes right from the lawns. Lawns can be expensive to plant and maintain, and they are precisely where gophers start their destruction. They make holes in the lawn, then as they make their tunnels, they eat the grasses’ roots, causing them to die. They also damage other underground installations such as water pipes and electrical cables, disrupting water, and electrical supply. They find their way to the foundation of a house, where they begin to damage it with many years of burrowing activity and find a way to get into the house through the plumbing. Once inside the house, they will take shelter in the bathroom under the bathtubs, inside cupboards, or inside the walls, where they continue their damaging activity. The damages caused by gophers in a home can be costly to repair, making them one of the worst household pests to have in a home.

Asides from their damaging effect, gophers, also carry very deadly diseases, the worst of all being the deadly monkeypox. They also transmit diseases like rabies, hantavirus, and plague. The urine of these rodents stains a house’s walls, and their presence in a home will lead to the house has a very offensive and unpleasant odor.

HOW TO GET RID OF GOPHERS 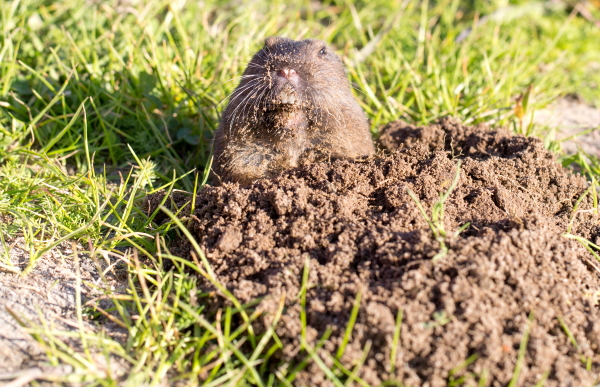 Four primary methods can be used to get rid of gophers in the home.

This involves flooding the gopher’s hole with water to cause it to abandon the hole and come out, and then you get a good shot to kill it. When you do this, you should be careful not to get water into your foundation, which can damage it.

When flooding fails, you can use the conventional method used to get rid of rodents, which uses traps. You need to get a trap and place it in the path where the gopher treads.

Using an injector tool made specifically for professional pest control companies the exterminator will inject a poisonous bait deep down into the burrow of the gopher, the gopher ingests the bait and dies.

Gophers are highly destructive, and there is a need to always get rid of them immediately you see signs of their presence in the house. Some companies render expert services of getting rid of gophers and other rodents around the home or property. You should try to find a professional gopher pest control service in Arizona if you cannot get rid of the gopher yourself.